“You can always take something
in life and make it better”

True Originals — The Colonel and KFC®

He was a sixth-grade dropout, an army mule-tender, a locomotive fireman, an insurance salesman and a political candidate. And that was before he became the world’s most famous cook after reaching “retirement age.” Colonel Harland Sanders was many things, but above all, he’s a great success story. Enjoy these truths and learn how the one and only Colonel came to be. 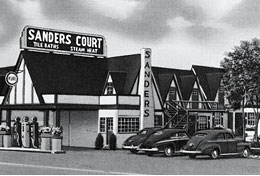 Harland Sanders was operating a service station in Corbin, Kentucky, when he began cooking for hungry travellers who stopped in for gas. Pretty soon, they were filling up more than their tanks. 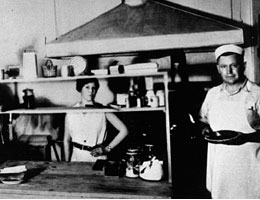 The Colonel was never afraid of hard work! It was here that he perfected his secret blend of 11 herbs and spices, and the basic cooking technique that made both the Colonel and Kentucky Fried Chicken® famous.

The secret is safe

For years, Colonel Sanders carried the secret formula for his Kentucky Fried Chicken® in his head and the spice mixture in his car. Today, the recipe is locked away in a safe in Louisville, Kentucky. 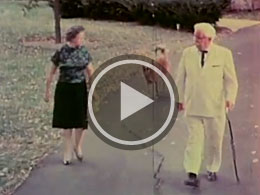 They called him a legend

But if you asked the Colonel, he would not agree. The humble man would argue, “A legend is for one who’s spent themselves. And that’s not me.” 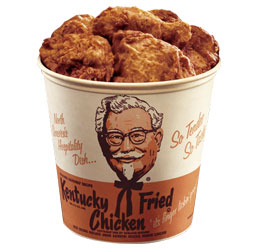 "The Colonel has just shown up"

When it came to promoting the great taste of KFC®, the Colonel was tireless. He might have just shown up anywhere and everywhere to do what he loved best. 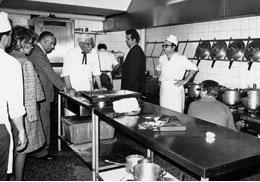 Say “bucket of chicken” and you think KFC®. The original KFC® bucket from 1957 has now come to be recognized worldwide. 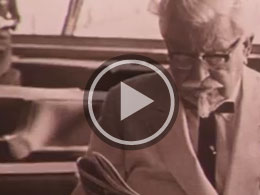 The road to success

The Colonel travelled over 400,000 km a year visiting KFC restaurants and delighting customers around the world. 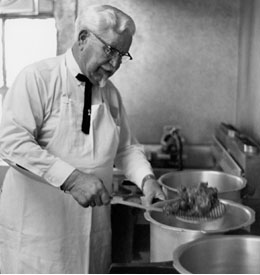 The Colonel went to a demonstration of a "new-fangled gizmo” - the pressure cooker. It was the answer he was looking for, The Colonel had found a way to fry chicken, and it was the best he'd ever tasted. The irresistible taste we've come to know as Kentucky Fried Chicken was born, and even today, every KFC® cooker fries under pressure, just as the Colonel intended! 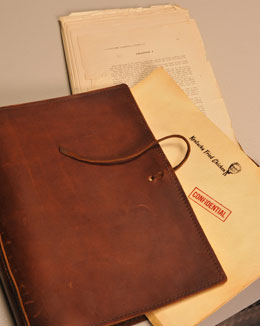 Only a handful of people know the multi-million dollar formula and it’s protected by some pretty elaborate security precautions. In fact, one spice company blends part of the formula while another blends the rest, to ensure neither ever has the complete recipe! 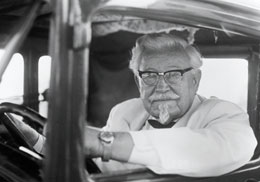 In 1955, after reaching retirement age, Colonel Harland Sanders devoted himself to franchising his Kentucky Fried Chicken® throughout North America. Less than ten years later, he had more than 600 KFC® restaurants in the U.S. and Canada. 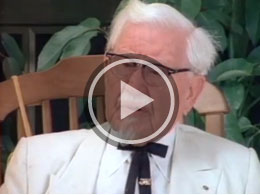 The most essential ingredient

Just as the Colonel had a world-famous recipe for his Kentucky Fried Chicken®, he had a recipe for success, too. The essential ingredient was never a secret: Integrity. 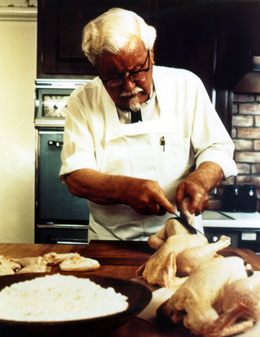 Yes, he really was a Colonel

In 1936, Kentucky Governor Ruby Laffoon made Harland Sanders an honourary Kentucky Colonel in recognition of his contributions to the State's cuisine. 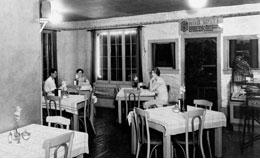 Sanders Court and Café as it appeared in the 1930s. Today, more than 12 million customers in 109 countries and territories around the world gather around the kitchen table enjoying the irresistible taste of the South. 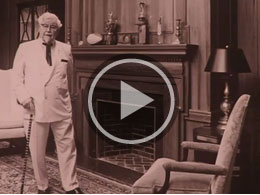 "I will never pass anybody up"

On the long road to success, Colonel Sanders never forgot the lessons he learned as a young man. 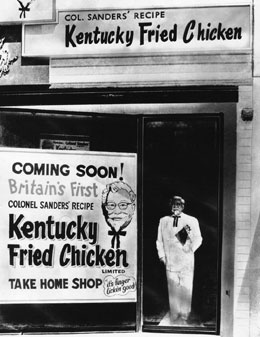 In 1965, at age 75, he was just getting started! He sold his interest in the company for $2 million (equal to $14,161,464 today!). KFC® continued to grow globally, but we’ve never forgotten our roots – our beloved Colonel Sanders will always be the face of KFC®. 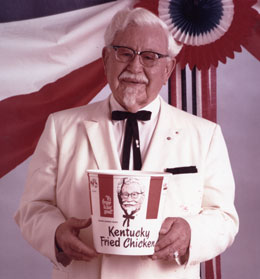 As figurehead in his own right, and a true gent, an independent survey in 1976 ranked the Colonel as the world's second most recognizable celebrity.

Our story is part man, part legend, all Colonel.

It all began in a Kentucky gas station way back in 1930 when Harland Sanders first started cooking for hungry travelers. Six years later, he became a Colonel and, by 1940, he had perfected his now famous 11-herbs-and-spices recipe. He spent the rest of his long and storied life taking his chicken to the world, bringing it to Canada back in 1953 and even living here from 1965 until 1980.

But the Colonel was more than just the visionary behind Finger Lickin’ Good chicken.

Throughout everything the Colonel did, he espoused his own unique brand of values, famously saying, “A man’s life is written by the way he lives it.” Here in Canada, we’ve been writing our own unique chapter in the KFC story. Whether we wear “KFC” or “PFK” on our uniforms, we all embody the Colonel’s integrity and spirit of hard work.

Our website is designed to work in portrait mode.
Kindly rotate your device.